“The APWU scored another victory today (6.08.2017), defending postal employees in the union’s bargaining unit. Arbitrator Goldberg issued an award in a national-level case over what remedy was due for the Postal Service’s failure to staff ‘POStPlan’ offices following an original award on September 5, 2014 and a Memorandum of Understanding (MOU) negotiated afterward.

The APWU and the Postal Service agreed that after December 22, 2014, the ‘POStPlan’ Remotely-Managed Post Offices (RMPOs) open 4 or 6 hours a day would be staffed with bargaining unit clerks, as well as replace Postal Support Employees (PSEs) in Level 18 offices with career employees. Long after the agreement, Postmaster Reliefs (PMRs) were still working in 4 or 6 hour RMPOs across the country and Level 18 offices reported still using PSEs instead of career employees.

Arbitrator Goldberg held that the Postal Service must make whole all postal employees in the Clerk Craft bargaining unit who were denied craft work as a result of the USPS’ failure to follow the POStPlan MOU.” 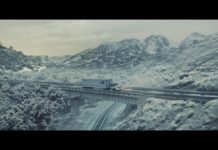