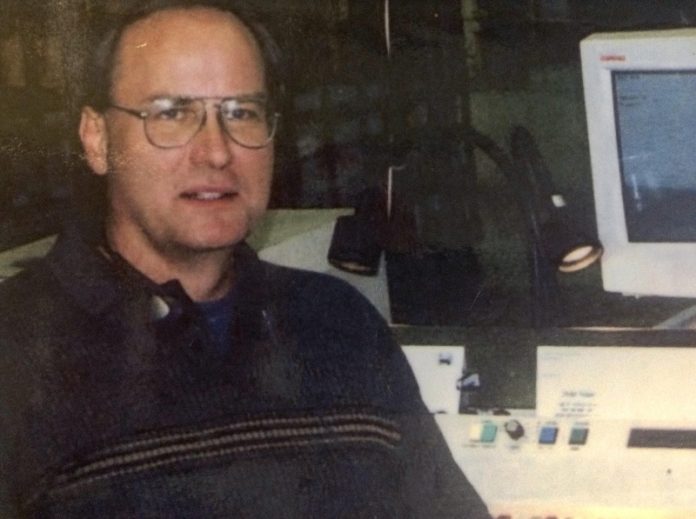 Jonathan Lowe, a retired postal clerk in Arizona, is the author of novels and stories ranging from science fiction and mystery/suspense to romance and humor. Popular works include Postmarked for Death, The Methuselah Gene, Fame Island and Awakening Storm. A jazz and classical music lover, Jonathan has won several writing awards at both the local and national levels, and has published both fiction and articles widely in magazines. Jonathan Lowe can be found at Amazon.com.

Jonathan Lowe) You’ve been narrating for a couple decades now, so you literally need no introduction. To begin, when did you foresee how your acting would turn from stage to recording booth or studio?

Scott Brick) It started slowly transitioning when I did my first audiobook in 1999. For the first few years of my career I was doing a book or two every month, but it wasn’t until about four years in that I realized this was a full-time gig. What had been a passion of mine, narrating audiobooks, was suddenly my career! Or not so suddenly, but you take my meaning.

JL What was the watershed moment for why all this came about, as an evolution? How much was chance, and how much just hard work and planning?

SB) Well, I’m a fan of the quote from the great Branch Rickey: “Luck is the residue of design.” I like to think there was definitely a purpose for putting me in the position to book that first job, God gave me the opportunity to pursue it as a career if I wanted to, but after that much of it was up to me. He wasn’t going to do it for me, right? We get out of life what we put into it. I feel like God gave me certain gifts, the ability to tell stories in ways people enjoy, but it’s up to me to use them.

JL) You are teaching as well as performing these days. Plus you’re publishing. This came about as a natural progression, did it not?

SB) I think it did, yes, and both simply because I was passionate about doing them. When a number of people asked me to teach classes, I at first didn’t think I had anything to say, but when they kept asking, I gave it a try and found out that I loved it. I didn’t just love it, I wanted to do more and more of it, and it’s been hugely rewarding. Five years ago, UCLA, my alma mater, came to me and asked me to teach their third year graduate Theater students, so we created the first nationally-accredited university course that teaches solely audiobook narration. That felt wonderful, and is a nice way to spend my Fall months. And the publishing happened similarly, I had a series of books, The Chronicles of Thomas Covenant by Stephen R. Donaldson, and nobody had narrated the first six volumes on audio. Well, I had a studio, I had pretty much everything I needed to get them finished and distributed online, so I asked my attorney to contact the publisher and we secured the rights. We just renewed that contract, in fact, and it’s wonderful seeing them available for the first time on audio. And my best friend suggested the name of my company: Brick by Brick Audiobooks. It seemed right.

JL) You’ve often been asked who your fav writers are, or books, true? What is your ballpark total now, after so many awards?

SB) Yes, I’m often asked which are my favorites, but I’ve narrated nearly a thousand titles at this point, so it’s difficult narrowing it down to one or two. I typically ask the person I’m speaking to what their favorite genre is, then suggest something I’ve done in that genre that I particularly liked. Much easier to handle it that way, although I do maintain a list of favorites on my website that fans can check out if they wish, it’s the list of books I am most often asked about.

JL) What is the most surprising thing in your personal life up to this point?

SB) I still get such a huge kick when someone whose work I’ve loved, respected and admired somehow knows who I am. I’ve been a lifelong fan of Stephen King, and years ago, he actually mentioned my name in an interview, and it was the most surreal experience. I mean, of course I know who HE is, but HE knows who I am? That’s nuts!

JL) The Wall Street Journal once published a cover piece on you. That’s amazing. What amazes you most about the audiobook industry itself, and how do you see it changing?

SB) That was a wonderful moment, and really helped my career take off. They came back to me this past year and profiled me again in their Entertainment section and I told them they’d given me no end of street cred. I told the interviewer, “This is going to be my third time in your publication, and I’ve never even been indicted, that’s got to be some kind of record…!” As for the changes to the industry, the biggest one I’ve seen over the years is that it’s finally become cool to do books, as in, celebrities seek out the work, occasionally. I was part of a terrific profile of the industry by CBS This Morning last month, and David Pogue interviewed a number of celebrities who spoke eloquently about why they love doing this work, and it was wonderful to see.

JL) Are there voices, dialects and pronunciations even you struggle over, or is research generally able to clear up problems in the course of production? What’s an example of a difficult book?

SB) There’s a wonderful database available online, the International Dialects of English archive, or IDEA as it’s known, and it breaks down accents by every country on Earth, some of them, like the US and the UK, quite extensively. So there’s rarely an accent that’s described that we can’t listen to rather quickly. At that point, it’s up to us and how well we can mimic it. Some of the hardest accent work I’ve ever had to do have been in Brad Meltzer’s books, because he intentionally puts in crazy ones, just to see if it’ll trip me up. Oy.

JL) The Reacher series by Lee Child is a recent coup for you. How did it come about, and what do you try to bring to the character that’s special?

SB) I’ve been reading and listening to those books for years, so I cannot tell you how much it meant to me to be cast to do it. The month it took between the audition and the news I’d been picked was nerve-wracking, there were a lot of sleepless nights, believe me. As for bringing anything special to it, look, it’s really hard replacing a legend like Dick Hill. He’s wonderful, and knew that character so well, so I’ve always said I can’t fill his shoes, but it’s nice to be walking in them. I used to be a fight choreographer, so I spent years seeing the world in a tactical way, where everyone’s attack leaves them open to their opponent’s next move in some way. If I swing at a guy’s head, that means my chest is exposed, yes? And Lee Child has always written from a highly tactical mindset, so I’ve just paid particular attention to those moments where Reacher looks for a weakness, then pounces on it and exploits it. It’s those mental moments that I enjoy the most, and I think the listener should too.

JL) It must be thrilling to be reading a book no one has read yet in book format. Exhausting too?

SB) Yes, getting to read stuff months before other people is pretty darn thrilling, I won’t lie. A part of me kinda wants to rub it in online, sometimes, especially when it’s really good. But yes, it is pretty exhausting work, at least when you’re as tightly booked as I am right now. Still, it’s a good problem to have, a First World problem for sure.

JL) How many times do you read and make notes on any particular gallley before recording, and how long does it take to produce a typical unabridged title?

SB) The average books takes about a week to record, depending on how difficult it is, or how much research is required. I have a researcher who writes copious notes for me, in case I need them. For instance, when he preps the manuscript, he may not know that I know how to pronounce “fecund,” so he’ll typically write it out for me, just in case.

JL) Where do readers go to best sample your work–BrickbyBrickAudiobooks.com?

SB) My production manager Gina has been working for years to update my list of books recorded to date on my website, and while it’s not quite comprehensive yet, there are a ton of books listed, many by genre, or by series, or by author, and each of them links to various click through pages where they can either listen to samples or purchase them if they want. I love audiobooks so much that I told her long ago that I want to make them as easy as possible to put them in people’s hands, or ears, or phones, or however you want to look at it. There are a lot of people who’ve never listened to one, so I’ve got my work cut out for me if I want to convert them all.

(Jonathan Lowe is author of Awakening Storm, a thriller featuring a hurricane party in Miami, at Audible.com.) 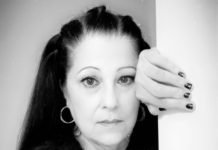 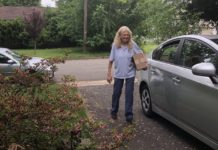